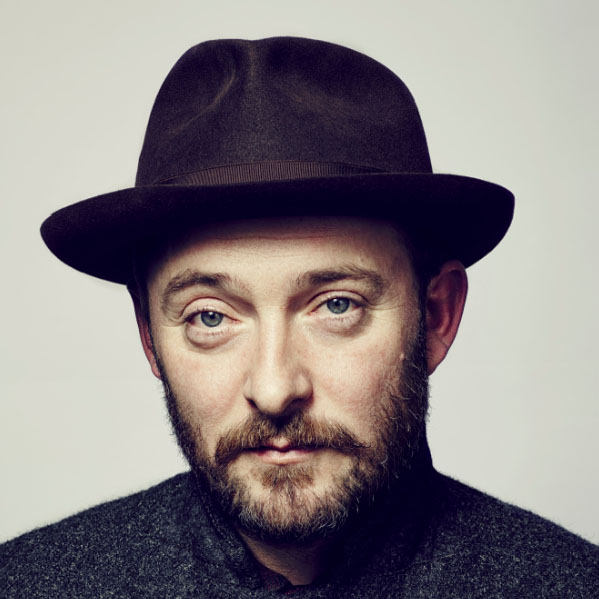 Artist, record collector, dreamer, DJ, producer, festival organiser and gentleman of the night – Craig Richards can be described in many ways but most of all he is a storyteller. His ability to bring life, breadth and narrative to everything he does is the secret to his success.

As artist in residence and Musical Director at Fabric for 15 years he was responsible for the modern approach taken to the programming of Saturday nights and as a DJ his unique and uncompromising sound provided a unique identity for the club. His early morning sets at the club were legendary, never the same and always challenging. He is as an originator, a DJ held in high esteem by all of his peers. Currently, he plays bi monthly at Fabric presenting his Collisions night.

His label THENOTHINGSPECIAL has released music by Schatrax, Calibre, Trevino, dBridge and Mathew Johnson to name but a few. Craig’s paintings and drawings appear on all of the covers. He has an ongoing collaboration with studio genius Howie B. In 2006 they created the soundtrack for the award winning animation Rabbit and released a limited edition boxset of music, poetry and drawings to accompany the project. Craig’s own notable releases to date include “Sleeping Rough’ and ‘My Friend Is Losing His Mind”.

In 2017 an opportunity came about for Craig to curate a new festival in Norfolk. Craig was so impressed by the venue Houghton Hall and the existing sculpture park that he decided it should be an arts and electronic music festival. The first edition of Houghton was a huge success. Craig’s ethos of doing things simply but to the best they can be was a winning formula.
As a result, tickets for Houghton 2018, 2019 and 2021 sold out within hours. After 3 years of cancellations due to extreme weather and Covid, Houghton made a grand comeback this year and with all 230 artists form around the world, reinforced the significance of the underground electronic music scene.

To accompany the festival, Craig illustrated a book of drawings representing every artist who performed at Houghton 2017. This gave way to his first art show (since leaving art school) and book launch held in the heart of the City Of London entitled ‘A Show of Heads Inside and Out’.

2018 saw the launch of Craig’s project ‘I Want To Like You But I Find It Difficult’ a 3 part series of events taking place at the Fondazione Prada in Milan presenting an eclectic selection of live artists and DJs in interesting spaces on the world’s finest sound systems including performances by Ricardo Villalobos, Helena Hauff, Midori Tekada and Mulatu Astatke.

In 2018, 2019 and this year, Craig has curated the Quarry stage at Wonderfruit festival in Thailand, bringing a selection of the the UK and Europe’s finest purveyor’s of music under the name of “Collisions” for three nights of eclectic music.